The Story of the First Celebrity Agent Closing 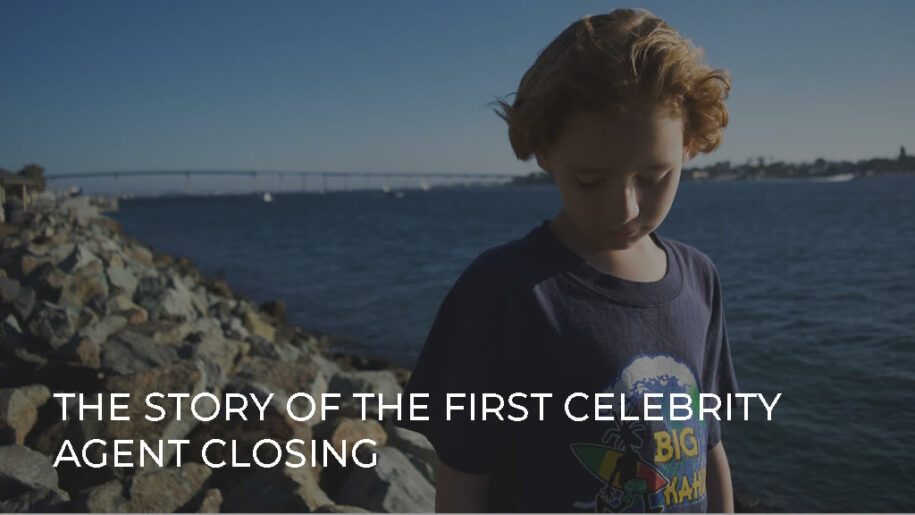 A new employee at Celebrity Agent asked about success stories. Here’s the first. It occurred a couple years ago before we had formed as a company and were just using the software locally in Coronado. The story goes something like this…

Once upon a time there was a woman named Alexa in Point Loma, California. She was a doctor. She had just worked with a Coldwell Banker agent to sell her home there. She was renting in Coronado, 15 minutes away, because her husband worked on the base in Coronado and they had a young daughter. Coronado has great schools, and Alexa wanted her daughter in the better school district.

Enter Mary Jo Morgan, Celebrity Agent #1. She used our initial product Buyer Concierge. She sent an email to the leads in her database that went something like this…

“There are a shortage of homes for sale in Coronado right now. If you aren’t finding the right home for you, please let me know and I will immediately contact all of the off-market homes to see if any of them would be a willing seller. Approximately 5 out of 100 homes will list next year. I will find which ones so you know about them now.”

That message led to Alexa replying to Mary Jo. Alexa felt guilty because the Coldwell Banker agent had just sold her home and did a great job. But they were striking out when it came to finding a home to purchase.

Thereafter, Celebrity Agent software helped Alexa craft a letter to these owners telling her story. The letter identified Mary Jo as her agent.

A few weeks later, Alexa was in escrow on G Ave. They closed, and for the cost of $525, Mary Jo had a commission check of $41,250. Alexa and her family are living happily ever.

We’ve written this separate post on the many ways we’ve seen Buyer Concierge create a commission.

Comments are closed.
We use cookies on our website to give you the most relevant experience by remembering your preferences and repeat visits. By clicking “Accept”, you consent to the use of ALL the cookies.
Do not sell my personal information.
Cookie SettingsAccept
Manage consent

This website uses cookies to improve your experience while you navigate through the website. Out of these, the cookies that are categorized as necessary are stored on your browser as they are essential for the working of basic functionalities of the website. We also use third-party cookies that help us analyze and understand how you use this website. These cookies will be stored in your browser only with your consent. You also have the option to opt-out of these cookies. But opting out of some of these cookies may affect your browsing experience.
Necessary Always Enabled
Necessary cookies are absolutely essential for the website to function properly. These cookies ensure basic functionalities and security features of the website, anonymously.
Functional
Functional cookies help to perform certain functionalities like sharing the content of the website on social media platforms, collect feedbacks, and other third-party features.
Performance
Performance cookies are used to understand and analyze the key performance indexes of the website which helps in delivering a better user experience for the visitors.
Analytics
Analytical cookies are used to understand how visitors interact with the website. These cookies help provide information on metrics the number of visitors, bounce rate, traffic source, etc.
Advertisement
Advertisement cookies are used to provide visitors with relevant ads and marketing campaigns. These cookies track visitors across websites and collect information to provide customized ads.
Others
Other uncategorized cookies are those that are being analyzed and have not been classified into a category as yet.
SAVE & ACCEPT